Switching From “Franklin Planner” to “Getting Things Done”

I started using a paper “Franklin Planner” like the one on the left when I was in high school, I was busily carrying out my plan to be President of the United States (Get into college in Washington, D.C., play sports, be involved in student leadership, participate in the school play, work a part-time job, etc.), but I am not a naturally organized person (Many years later, as a father, I passed all the tests for what is now called “ADD.”) and I found that I needed a system to try and keep all projects in order. My parents showed me the Franklin system and it made a lot of sense to me: clarify your priorities and make sure those priorities are in front of you as you plan your day. 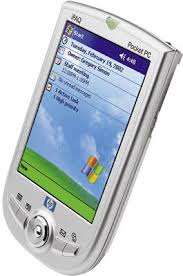 I was aware that many people had started to use Personal Digital Assistants (PDAs) and it looked appealing to me, but the church that I served wasn’t going to provide one for me, and I figured that with my luck the moment I spent three bills on such a device one of my kids would drop it in the toilet and I would, literally, have flushed a lot of good money away. Then, around the middle of the 2000s, my brother was given a pocket pc like the one pictured here. He didn’t need it because he was using a Blackberry, so he passed it along to me. I took the leap of buy Franklin’s add-in software for pocket pc and I loved it. I was able to make appointments years into the future or look back at notes taken months before simply by using the search function on the device. Whereas the paper Franklin day planner kept only three months at a time, now I had all my notes available in the palm of my hand! 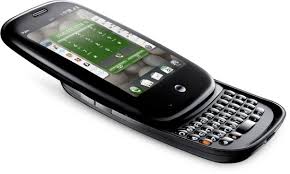 As I carried the pocket pc and a small cellular phone around, I quickly began to see the utility of an all-in-one device like my brother’s Blackberry, but it was a little out of my price range at the time. When I took the call to serve St. Philip Lutheran Church in Chicago the church at first supplied a phone and cellular service, so I decided to make the leap to a smartphone, choosing the highly anticipated Palm Pre with Sprint because it seemed sure that Palm’s new “WebOS” operating system would be able to use my Franklin software. Stupid decision. We couldn’t get the Palm to sync with the MS exchange server, in spite of the fact that it was supposed to do so. As such, I didn’t get my email on the go, which would have been nice. More importantly, I didn’t have my tasks!!! It wouldn’t even sync the tasks via USB, as the old pocket pc had. In addition, the Sprint signal was mediocre. While WebOS in retrospect was elegant and the device did multi-tasking well (I loved the being able to put the phone in the car cradle, have the GPS running, and be able to talk to people on the phone all the while.) my ADD challenged brain struggled without a planner at my side. I thought I’d move to Chicago and all the new responsibilities and have a device able to help me manage those well. Instead, I had constant—constant!—frustration.

Finally, a year-and-a-half into the Palm Pre debacle I’d had enough. I was ready to leave Sprint but the prices were good so I upped for a new two year contract and traded in the Pre for Blackberry with Blackberry’s new OS. Well, the Blackberry did the sync with exchanger server, so after a year-and-a-half I finally had my work email while on the road, along with the Outlook calendar, but I still didn’t have tasks. But the new OS and phone didn’t do multitasking well. It just didn’t work for me.

About this time my friend, Pastor Todd Peperkorn, introduced me to the alternative planning system for “knowledge workers” by David Allen called “Getting Things Done.” I’m still a GTD newbie, but central to GTD is having a system for capturing ideas, reviewing those ideas, and organizing tasks according to next actions and contexts. Pastor Peperkorn is a Mac guy and uses a great all-in-one program called Omnifocus that syncs well from home and work on his Apple products. We teach the whole MS suite at our school, so I’m tied to the PC for a while.

In the meantime, I was d-o-n-e with Sprint (Calls dropped constantly at work and home.) and the Blackberry that just wasn’t going to work given the way that I knew I needed to use the device, so I ate the three+ bills, dumped Sprint, and got my wife and I matching “MyTouch4G” units from T-Mobile. I’ll be honest, I like WebOS best of all, but it was clear that I wasn’t going to have the resources to which I wanted access, so for now Android it is!

What I discovered during the process thus far is that I need to have a planning system that is going to work across platforms. In GTD I need to be able to capture and share ideas. So, after much searching and experimenting, I’ve gone with Evernote. Also, I 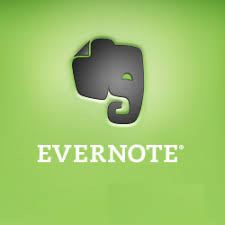 need to have a good calendar solution, and since it’s clear that I’ll never be able to have a cross-platform solution that involves Outlook, I’ve dumped it entirely, using Google Calendar for my calendar functions. Finally, for the synchronized tasks that I have now been without for two years, I have decided on Nozbe.

It’s somewhat pricey but it’s nicely cross-platform and very friendly for GTD newbies like me, with easy explanation of GTD workflow, accompanying videos, etc. It also syncs nicely with Google Calendar and Evernote, has off-line desktop applications as well as the web and mobile interfaces. I purchased the “Family Plan” so my wife and I can easily share tasks, and do so via a web interface that is particularly beneficial to her (The IT folks at her workplace won’t allow her to download any programs to her machine.). Click here or on the icons above for more information on Nozbe or Evernote.

It appears, finally, that I have a complete system again. I’m sure I’ll report back on how it is going.