Matchbox Cars in the Kitchen and “Who is the Greatest?”

“ And they came to Capernaum. And when he [Jesus] was in the house he asked them, “What were you discussing on the way?” But they kept silent, for on the way they had argued with one another about who was the greatest. And he sat down and called the twelve. And he said to them, “If anyone would be first, he must be last of all and servant of all.” And he took a child and put him in the midst of them, and taking him in his arms, he said to them, “Whoever receives one such child in my name receives me, and whoever receives me, receives not me but him who sent me.”” (Mark 9:33-37, ESV) 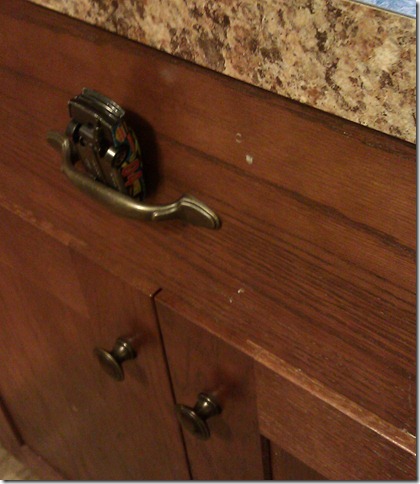 Children sometimes do crazy things, like stick Matchbox cars in drawer-pulls in the kitchen. I mean, that’s not where Matchbox cars belong, right?

I mean, truth be told, I am confident that I had not listed the under-sink drawer-pull as one of the locations that Matchbox cars should not be stored, so the placement of the car there was not disobedience, it was simply he didn’t think like I think.

Jesus seems to say so.

In matters of faith and life children are unencumbered by the spiritual and earthly prejudices that adults tend to acquire over time.  Being the greatest, says Jesus, is not a position to be seized but a posture of humility. Faith, says Jesus in Luke 18, is not so much a matter of intellectual mastery [Thanks to Dr. Gene Veith for that phrase.] but of trust; the greatest example of such trust is seen not in the often prejudicial adult but in the child.

Lord Jesus, you exalt the faith of children and point to their humility as the example of what it means to be great. We confess that we are often filled not with trust in You but with doubt, filled with our own willfulness, not with simple faithfulness to Your Word. Forgive us, Lord, for You are the way, the truth and the life. Help us, today, to see in our children not just little ones to be taught but rather little ones from whom we learn your will.